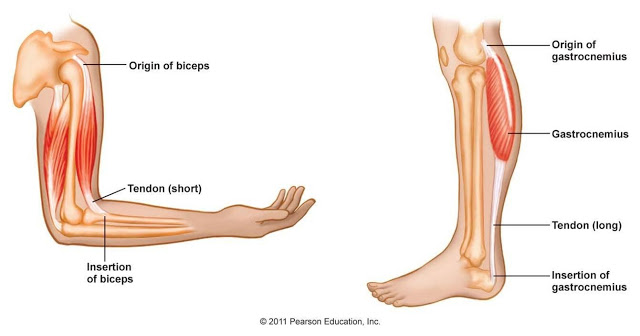 We said that muscles are attached to bones through tendons, those attachment points are called origin and insertion: 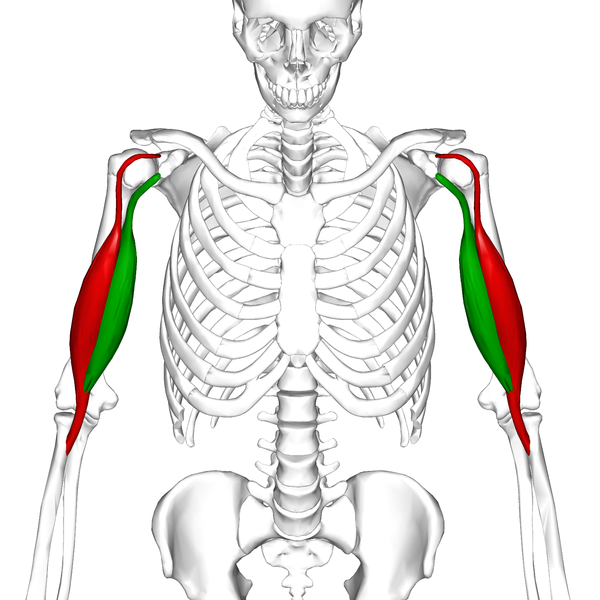 Do you see?
The biceps (i like to use them as example eheheh!!) have 2 origins in the bones in the shoulder area and 1 insertion on the radius bone in the forearm.
The gastrocnemius (one of your calf muscles) has the origin on the femur bone (the thigh bone) and the insertion on the calcaneus bone.

When the muscle contracts it will become shorter bringing nearer the attached bones resulting in flexion of the arm at the elbow in the first case, extension of the foot (technically this is called plantar flexion) in the second.

Let’s make friendship with our body! Take your right biceps with the left hand, can you feel the soft middle part? That’s the belly of the muscle! It will be easy to follow all its shape up and down, can you? Going up towards the shoulder at a point you will lose it, there is the deltoid and the biceps will dive under! Now go down toward your inner elbow… can you feel that at a point the belly becomes smaller and harder? That’s the tendon! And then it goes down to attach to your forearm… you are in the insertion area!
Now try your hamstrings, the muscles on the back of the thigh! They are a group of 3, all originating at your ischial tuberosities (those 2 bones you can touch under your buttocks! We call sitting bones because you should sit on them pointing straight down, maybe a little on the anterior side!). 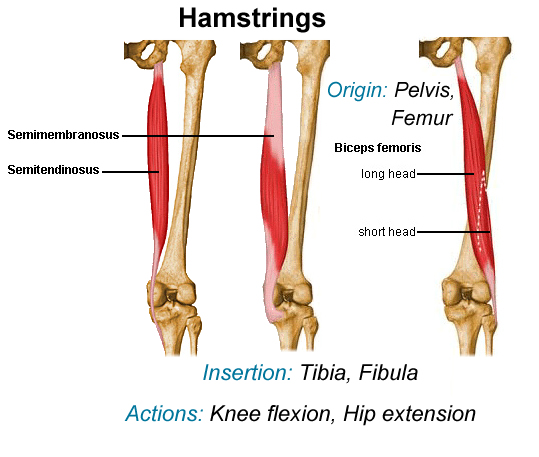 Sit on your chair and touch behind your right knee bent 90°, can you feel that hard stuff? Try twisting only the lower leg to the right side and then to the left side, you will feel them more! They’re the tendons, you can touch one on the right external side (lateral side – biceps femoris tendon) and 2 on the left internal side (medial side – at the beginning they seem 1 but touching accurately you can feel the big semimembranosus tendon and the smaller semitendinosus tendon!)

Let’s go back to your bent elbow… what to do if we want to bring it straight again? Should we ask to the biceps to “un-contract” and straighten the elbow? You can try but probably it won’t work… maybe you can relax the biceps, put a stick between forearm and upper arm and with the other arm operate the stick to unwind the arm… mmmhhh… it’s a bit complicated… and you always need a stick with you!

That’s why our muscles work always in pairs to achieve movement… in the upper arm case there are the biceps on one side that flex the arm… and there are the triceps on the other side that extend the arm.
So in every movement of our body we can distinguish 4 groups of muscles:

Agonists and antagonists are just definitions depending by the movement i am doing…
if i want to flex my elbow -> biceps are agonists/triceps are antagonists
if i want to extend my elbow -> triceps are agonists/biceps are antagonists
What is important is the concept: when i perform a movement there is a main mover (agonist) that contracts, at the same time there is an “opposite movement maker” (antagonist) that relaxes. We’ll explore more this relationship when we’ll talk of the nervous system! 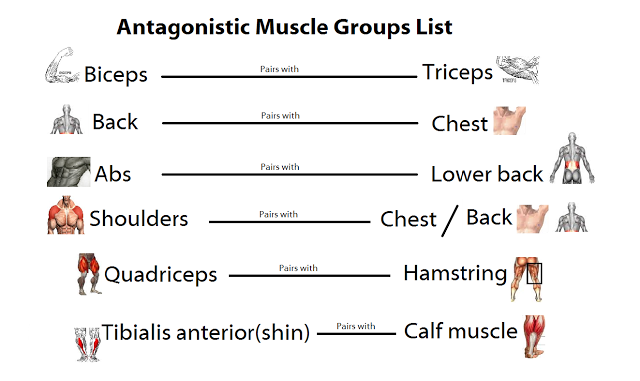 And then we have

3- Synergists: they’re muscles designed to help the agonist in its movement, to make it more precise or accurate, to give more strength or help it with alignment, they help to refine the movement. The biceps have the brachialis and brachioradialis as synergists 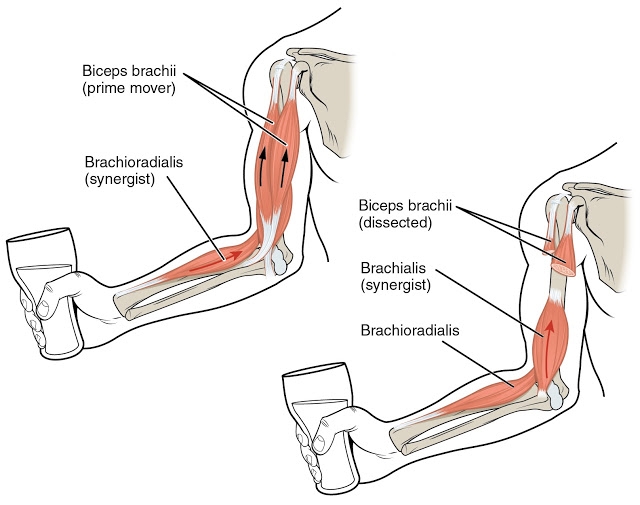 4- Fixators: considering that all the body is interconnected, these muscles stabilize some part of the body while you are moving another part… imagine to be in a balancing pose and your balance is weak… probably half of your muscles will be engaged in trying to hold your balance eheheh!!

Again a couple of videos to clarify all these concepts in your mind… i suppose that reading descriptions, looking at images, seeing videos combining descriptions&images is good enough to acquire these informations?

I’m not sure why i can’t put the video player directly in the page!

One thought on “Muscular system – II”